Who would buy a goose feather bra for $3,074? And even if you had the money, where oh where would you wear it?

La Perla has launched its first haute-couture collection in Paris and the pricey garment is part of the new collection. The bra is available made-to-measure from hand-dyed goose feathers and sewn feather by feather in the Italian lingerie company’s Bologna factory the buyer’s own measurements. if you prefer the whole outfit, there is also a matching sleeveless hoodie for an eye-watering $17,000.

According to the brand, this bra and hoodie set are entirely wearable and aimed at made the clients who buy haute couture without blinking an eye. They wear this type of garment at home, for their partners, it is entirely normal for them. And why do they buy it? The art in the detail. The money is in the fine detail of each garment, according to a report by Christina Brinkley in the Wall Street Journal, each piece – the fine hand pleating or soft lace has been made to be appreciated up close and personal by sight or touch.

The label, founded in 1954 has changed tacks in recent years, shedding its lower-priced diffusion lines and concentrating on the haute couture markets.

Silvio Scaglia bought the brand two years ago and with Nick Tacchi, La Perla’s global marketing director decided to get rid of the lower lines as they were damaging the long term view of the brand. “We decided to abandon everything that wasn’t core to La Perla,” he says. 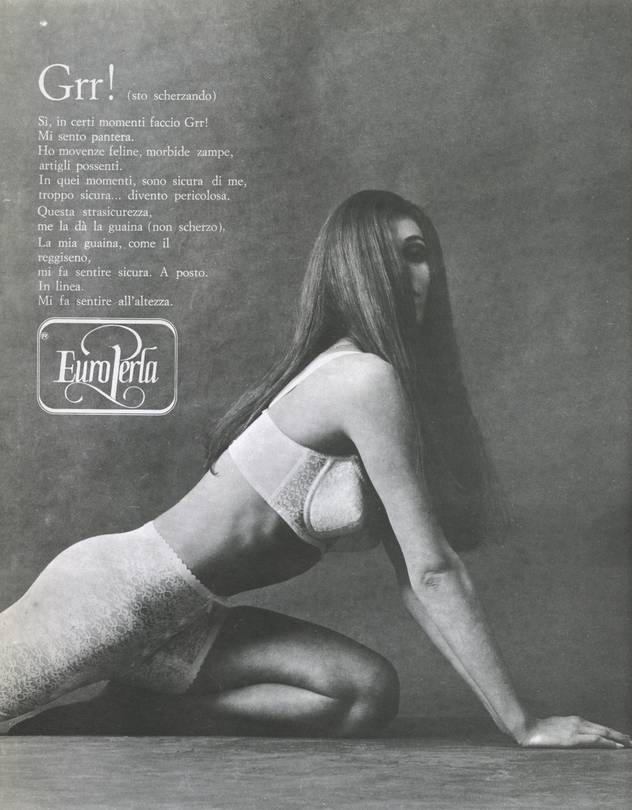 Some of the garments in the haute-couture atelier collection use actual gold thread. Another line called“Impossible Lace,” took more than a year to manufacture from a swatch of exquisite soft, intricate lace their buyers found in a Paris vintage market, and which the La Perla designers asked lace makers in Calais, France, to copy for their own garments. Naomi Campbell wore a pair of panties made from the lace on a catwalk.

“Everybody laughed at them and said it’s impossible with their looms,” says Mr. Tacchi in the WSJ article.Then one lace maker called back and said he would take it as a challenge. It took six months to restore and program the ancient machinery, which works with cards, not computers. It took another six months to thread the complex loom.

Mr. Tacchi declines to share the cost of the lace. “It’s a little bit crazy,” he says. The pants can be made to measure, for $6,404.  Despite the price, La Perla says the garments have been among the collection’s best-sellers.